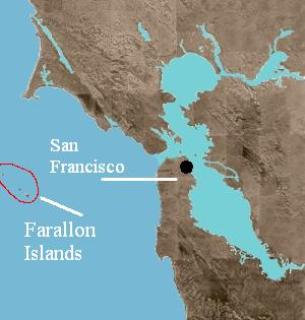 One of the requirements for the 1982 Singlehanded Transpac was to have sailed 300 NM, singlehanded, in the boat that you were going to take to Hawaii. For my second Singlehanded Transpac, I had selected an Olson 30, Collage, which I saw has having dramatically better creature comforts than my 1980 boat, a Moore 24. Due to my work schedule at West Marine, I didn’t have time to sail my Olson down the coast to LA and then trailer it back: my solo voyage was to head out of the Golden Gate, continue southwesterly for 150 NM, turn around, and come back to the relative security of the bay.

I installed what was then a cutting-edge Loran-C in my Olson by Micrologic, made somewhere in Southern California. In 1982 it was possible to manufacture electronics in California and compete on the World Market. The ML-2000 was a wonder of sophistication because it could show your position in latitude and longitude, and navigate to waypoints, and it only cost $1500. In truth, I had borrowed it from the electronics display at West Marine in Sausalito, hoping that no one would notice it was gone while I was on my two-day voyage.

After being at sea for a little over 24 hours, I found myself 150 NM away from the Gate, turned Collage around, and headed for home. Optimistically, I had made a date with a young lady for the following night, so speed was of the essence. To ensure that I sailed the shortest distance, I entered a waypoint that was in front of Southeast Farallon Island to ensure that I would be home quickly, and set an arrival alarm with a 5NM radius to warn me as I approached. I also set my autopilot on a course to the waypoint, again to shorten the distance and time.

For warmth and quiet, I dove headfirst into a quarterberth, with my head aft, and curled up in my sleeping bag. Collage surged along at 7 knots or so, and I fell sound asleep.

In what seemed to be a few hours, I became aware of an alarm coming from inside the boat. “Aha!” I said to myself, “I’ve entered the alarm zone and I’m close to the Farallones.” I struggled out of my berth, reached up for the companionway hatch, and slid it open. I had apparently overslept because it was pretty bright outside and the weather was glorious, with the wind blowing about 6 knots. As I gazed forward, under the boom and the foot of the jib, I was surprised that I couldn’t see the island up ahead. The weather was clear; where was the 400’ tall island?

As I pivoted around in the companionway, the island came into view, directly astern of me, perhaps three miles away. It lay directly behind Collage, exactly bisecting the vessel’s wake. I could see no other solution as to how I had managed to avoid the island other than that perhaps there was a heretofore-unknown tunnel directly through the island that had allowed me safe passage. From my vantage point, there was no way that I could have missed it.

It took me several hours to shake off the feeling that I could have been killed due to a series of poor decisions that I had made which put me in this lethal situation. Among those decisions were the following:

After the Aegean incident during the 2012 Ensenada Race, the question that inevitably came up was “how, with all of that electronic gear, could they have run into an island that’s clearly on the chart?” The same question was asked, frequently, after Vestas Wind ran up on Cargados Carajos Shoal in 2014. “How could it happen?”

Embarrassingly, I know from personal experience exactly how incidents like these happen. It starts with a decision that, deep inside, you realize is not good seamanship, while a less convenient or slower solution to a problem would be safer. But you elect to take the shortcut, to cut it too close, or to proceed at too fast a pace. It’s a conscious decision that leads one to take imprudent risks with horrendous consequences if we’re wrong. If we take enough risks, eventually, most of us will endure a completely avoidable incident, and we have no one to blame but ourselves.