Group DSC Primer for Fleets and Safety: Group Calls on your VHF 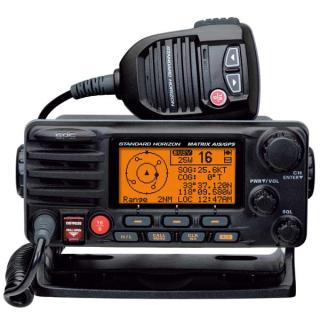 Group DSC Primer for Fleets and Safety: Group Calls on your VHF

A new use for Digital Selective Calling

Not just for safety anymore, DSC can be used to contact another boat for purely non-emergency reasons, such as find other boats positions and automatically plot them on your chart-plotter Not only that, you can set your radio to be part of a “group” to send and receive alerts intended for a fleet of vessels. This capability may serve any fleet, be it yacht club, regatta, race or just a group of friends.

Every DSC-capable VHF and SSB should be connected to a GPS and be programmed with the vessel’s MMSI  number. Many VHF’s now have an internal GPS. If your navigation system supports receiving DSC information from your VHF radio it is highly recommend that the radio also be connected to send DSC information to the navigation system. A DSC VHF can query another boat’s VHF and automatically receive a reply with the second boat’s position. Emergency VHF transmissions automatically have the position embedded. This will enable newer chart-plotters to plot the position of emergency and non-emergency boat positions received by DSC.

MMSI (“Maritime Mobile Service Identity”) is a unique number, like a phone number, and can be obtained from your national registrar (FCC in the US) or, for US use only, from BoatUS  or others. The FCC license has a fee, may be used for individual and group calls, and may be used internationally. The BoatUS MMSI is free, cannot be used for international travel, can be used to make group calls, and cannot be used to generate a new group MMSI. Only one MMSI number should be used on all equipment used on a boat (VHF, SSB, VHF handhelds, AIS, AIS emergency beacons). If your boat drags or your dinghy losses its engine power, one VHF can query the other’s position to track down the boat or dinghy!

The FCC in the United States does not allow a user to change an AIS MMSI: if a change is desired, it must be done by an authorized dealer.  If you ever decide to travel out of the US, it would be wise to obtain an FCC MMSI for the boat, rather than send the AIS unit back to the dealer. This MMSI stays with the boat when it’s sold. An FCC issued MMSI is also listed in the international database provided to international rescue groups, while a BoatUS MMSI is not.  Since an MMSI stays with a boat when it is sold, it is wise to have an FCC MMSI, so that the boat can be sailed in foreign waters, after the sale, without changing the MMSI entered into electronics at the dealer or manufacturer. In an emergency, a Boat US MMSI cannot be referenced or found in the International directory, and the boat cannot be identified by MMSI out of the United States.

The MMSI identifies your vessel when making or receiving a DSC call, whether it’s an emergency transmission or just a normal contact. VHF and SSB radios have directories that allow users to store commonly-called MMSI’s for ease of use. Some older radios do not have a separate group directory; newer ones do.

Procedures vary for placing DSC calls, depending on the VHF and SSB model, but all include selecting the MMSI of the recipient, specifying the nature of the call and sometimes the working channel, and initiating the transmission. The recipient will hear an alert tone on their radio and depending on radio model and nature of call, the radio may switch automatically to a pre-selected channel to complete the traffic. Some radios require accepting and acknowledging a DSC call before switching to the channel proposed by the caller, by pushing a button on the microphone. Please see your radio’s instructions. Both VHF and SSB radios have a provision for making test calls to the US Coast Guard to see that they are working.

It’s now possible to create groups and to contact all group members at once. As it turns out, this is very simple. If you add a “Group MMSI” into your group directory, then calls transmitted to that group will cause your radio to respond and change to the working channel. For a regatta or a fleet cruising in company this may be a huge convenience.

No separate license, fee or special programming is required.

There is no formal program for issuing Group MMSIs. A Coast Guard site explains how you may generate your own legal one. Simply put, you take an existing MMSI, drop the zero from the end and add a zero to the front, so 123456780 would become 012345678.

When you add this number to your VHF or SSB radio group directory, the radio will become part of that group. Calls placed to the group will now be received by all members within range (usually about 25 nm for VHF, and up to thousands of miles for SSB, depending on frequency and propagation) including YOUR radio.

CCA Members Only: We have created such a number. You may find it here if logged in. This should be placed as an entry in your group directory, since you want to be part of this group for both send and receive. When you enter a harbor, you can call, with one group call, all CCA members in the harbor for cocktails!

1. Radios now have an “extra set of ears” on watch, listening for calls from the group(s) you’re affiliated with. You can leave the radio on VHF 16 as required and still not miss the DSC or group fleet calls. You can listen with the volume turned down at night, and the radio will wake up and ring for a DSC call to you. If you leave your SSB on scan, the radio will listen in a quiet mode (not wake sleepers) and only wake up with sound when your MMSI or a group MMSI in your group directory is called.

DSC SSB radios quickly scan six frequency in six different marine bands to listen for a DSC call with your MMSI or a group MMSI in your group directory. To call someone, a likely marine band is chosen based on time of day and likely propagation. If this is unsuccessful, a different maritime band can be tried again. At present, DSC SSB radios, like the ICOM 802, scan duplex channels which only are able to communicate with shore stations. But there are no more shore stations listening to duplex channels. Yacht DSC radios have to be reprogrammed for simplex sending and receiving of DSC calls so that other vessels or shore stations can be reached.

“This frequency adaptation for the General receiver is recommended by both Cmdr (US Navy Ret) Terry Sparks (see www.made-simplefor-cruisers.com) and Bob Smith (Yachtcom, UK see www.yachtcom.co.uk) in their revised frequency scanning plan for the DSC General receiver in ICOM radios. This adaptation converts all the General DSC watch frequencies to simplex to facilitate yacht- to-yacht AND yacht-to-shore station-to-yacht use, rather than solely yacht-to-shore station use.

This re-programming of the DSC General watch frequencies in Icom M801(E) and M802(DSC) radios has been in successful operation for years in the UK/Europe and in the USA, based on the (co- incidentally identical) strategy of both Terry Sparks (see www.made-simplefor-cruisers.com) and Bob Smith (see www.yachtcom.co.uk).

Making this adaptation to the standard General DSC watch frequencies enables longer range yacht-to- yacht DSC and MMSI calling. Yachts in a race, rally or cruising fleet can maintain a constant scanning watch for General DSC calls from other participants, utilizing the quiet/muted functionality of the DSC radio’s speaker. Yachts helping other yachts to deal with problems before they become a Distress issue, is much easier and convenient with this configuration.”

This re-programming of the general scanning channels does not change the simultaneous scanning of distress channels enabled by the secondary antenna on an Icom 801, or 802. Both scans can be enabled full time if the secondary antenna is installed. This can be a simple wire in a hanging locker or in the overhead. This enables DSC SSB radios to simultaneous scan for all general and emergency traffic. One has to select ”scan” to turn on general scanning receive. Emergency scan is on full time if the radio is on. DSC SSB test calls can be checked with an automatic acknowledgement from any US Coast Guard, except Guam, on 4207.5 kHz.

2. Yachts traveling together can provide quick mutual support, coordinate a cruise, or get advice about weather, anchorages, sailing conditions, technical problem etc.  This semi-private multi-party conference call is a perfect solution for a cruise.  This allows quick, nearby support, advice or assistance from other cruisers, before it becomes an emergency. The advantage of this on a cruise would be a group call would ring on every boat on the cruise within VHF or SSB range and switch everyone's radio, when acknowledged, to a group working frequency.

Some additional DSC items for Emergencies and Urgency

There are some USCG numbers you may wish to have in your radio for emergencies. Program these into your INDIVIDUAL, and not group, directory unless you want to be listening in on group Coast Guard calls.

Ship Group. The U.S. Coast Guard group ship station call identity is 036699999. Calls to all U.S Coast Guard ships within VHF range can be made by entering 036699999 in the INDIVIDUAL directory and then placing a DSC call.

Shore Group. The U.S. Coast Guard DSC group coast station identity is 003669999 (note the two zeroes. A call goes to USCG shore stations only). Calls to all Coast Guard coast stations within VHF range can be made by entering 003669999 in the INDIVIDUAL directory and then placing a DSC call. This will allow discussions of a routine, Securite or Pan-Pan nature to take place with the Coast Guard easily before a situation becomes a Mayday.

One can call a group from the group directory. The Coast Guard should be entered and called from the individual directory, since one does not want to receive all Coast Guard group traffic[1] . It is helpful to enter the ship's MMSI into the individual directory of all of the ship's radios and handhelds.  With this, one can call to or from the vessel and the dinghy (especially when the outboard stops and before you float out to sea!)

Your local district. A complete list of USCG MMSI group numbers for local sectors and groups can be found at http://www.uscg.mil/acquisition/rescue21/dsc.asp  Having your local Coast Guard or SAR MMSI number programmed in may be helpful in reaching them in an urgent situation.