Anchor Testing and the Effect of Vitamin D on COVID-19 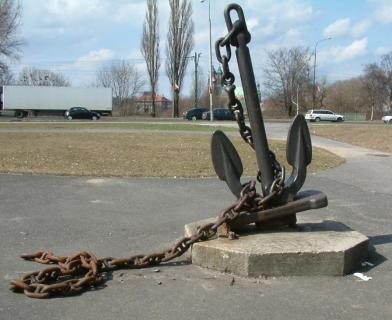 Anchor Testing and the Effect of Vitamin D on COVID-19

An article published on December 17, 2020 entitled “Vitamin D is effective for COVID-19: meta analysis of 36 studies” arrives at its conclusion by aggregating studies that investigate both the effect of using vitamin D3 to treat COVID-19 symptoms as well as whether having a high level of vitamin D3 in one’s body reduces the tendency to get COVID-19. The 36 studies had a total of 319 authors and examined 5,732 patients. The results are fascinating, and I recommend that you search for it and read the results for yourselves.

The challenge for any author of a meta analysis is to figure out how to combine or summarize studies that were conducted in various labs, by various authors, with various criteria for what was to be tested, and then come up with conclusions that are reasonable based on all of those variables. Some of the variables in the Vitamin D/Covid article included the amount of Vitamin D administered, the severity of the case of Covid, the time during the Covid symptoms that the Vitamin D regimen was begun, etc.

What, you have every right to ask, does this have to do with safety and seamanship? A few weeks later, Practical Sailor magazine published an anchor test on different anchors’ ability to veer, or to be pulled in a new direction after having been set. In this particular test, anchors were pulled a short distance offshore so that the results could be observed in relatively shallow water, using winches on vehicles located on the beach to create constant rate of pull, snatch blocks to reverse the direction of pull, relatively small anchors, and infinite scope (lines pulling parallel with the seabed).

Purists might complain that the lack of real-world testing conditions invalidates this test. Anchors are, after all, sized for a particular vessel, pulled with less scope resulting in an upward tension on the shank, cyclical loading due to wind gusts and waves, and veering that is frequently gradual rather than 90 and 180 degree changes. But that’s a challenge with all anchor testing: those seeking to test some aspect of anchor performance have to conjure up a test that allows measurements and observations to be made, which is frightfully difficult to get onboard a pitching boat in murky water.

Based on this particular test, the authors are more definitive on what they didn’t like than on what they did like: specifically, the venerable CQR and Fisherman anchors were at the bottom of the list, failing to set a number of times and generally underperforming the more modern anchors. Remember, however, that the anchors tested were small by cruiser’s standards (15-20 pounds) which undoubtedly put the traditional designs at a giant disadvantage. The author concludes that the “convex” anchors (the Spade as an example) seemed to perform well in this test but he also notes:

“ Finally, the fact that an anchor sets well and has the ability to cope with changes in wind and tide does not necessarily make that anchor a good anchor.”

In previous anchor tests in which I have been involved, anchors that performed “best” including the Fortress aluminum anchor, West Marine Performance, Spade and Rocna. Each of these tests compared different aspects of anchor performance, used different size anchors, and different means of creating tension on the anchors. Rode materials varied, scope varied, and the bottom conditions varied. And different anchors proved, at least for the duration of the test, that they were “best”.

So, back to our premise. Perhaps a meta-analysis of anchoring tests is the only way to get a sufficiently broad idea of what will work best for an individual. No single test proves very much, and all are compromised by the simplifying assumptions in the test protocol.

Perhaps, also, one should try to incorporate anchor tests, articles, videos, and strongly held opinions to select an anchor that’s the “right” anchor for one’s boat. This decision is rendered more difficult because no anchor is universally “best” just as no anchor wins all of the tests. There are, however, some guiding principles that help in the selection:

Finally, an overheard conversation between a relatively new boater and an “Old Salt” who worked at a chandlery is appropriate. The new boater asked “what size anchor do I need for my sailboat?”

The Old Salt replied, “Son, that depends on whether you want to eat well or sleep well.”