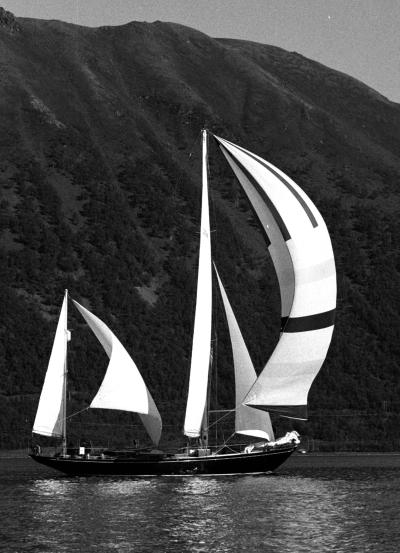 IMPALA was buit in 1954 when Sparkman and Stephens, her designer, Abeking and Rasmussen, her builder and the CCA rule were all in their ascendency.

She is one of the several 40 foot waterline yawls S&S designed following STORMY WEATHER. IMPALA off center companion aft cabin layout reminiscent of John Alden's work makes her a little different from most of her sisters. She is fortunate in that she has been constantly maintained, rather than allowed to deteriorate and then forced to suffer radical rebuild. She retains her 1966 S&S double headsail rig, hanked on headsails, ice box, and simple, robust and elegant detailing that A&R gave her.

Since 1986, she has sailed 75,000 miles in the Atlantic, Baltic and Mediterranean, from the Out Isands, to the Lofotens, to the Dodecanese. She is a testament to the CCA's tradition and an example of CCA's accomplishment.