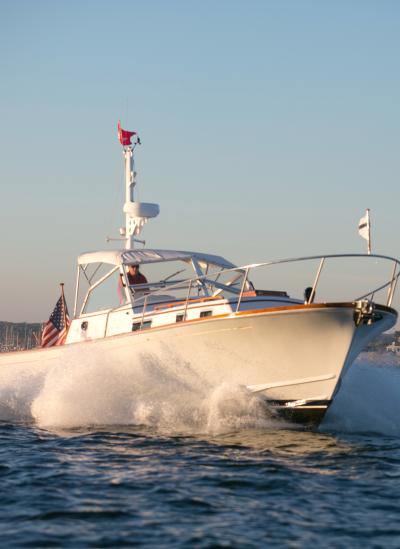 Designed by C. Raymond Hunt and built by Paul Luke (East Boothbay, Maine) in 1969, Kairos is cold molded over mahogany. Her original owners sold her to an owner in California soon after launch. It was purchased by my grandfather in the 1970s and served as a support boat for the 1984 Olympics in Los Angeles and sold shortly after. In 2003 my dad found the boat for sale in San Diego, having been partially restored. He finished the job and enjoyed the boat for 7 years until his death, when the boat was trucked back to Connecticut and taken under my care.