Lightning Strike on the Bristol 29.9 "Perseverance"

Lightning Strike on the Bristol 29.9 "Perseverance"

Our 1978 Bristol 29.9 Perseverance was struck by lightning on the evening of July 6, 2019 while tied up to the dock in Dorchester Bay, preparing to set off for the Marblehead to Halifax Ocean Race in the morning.  The event was captured in extraordinary fashion on a now viral video.

The crew had come into town from Seattle, San Francisco, and the south shore of Massachusetts to help finish boat prep and loading out of gear ahead of the start for the Marblehead to Halifax race. This race was going to be the first for the boat and my first time putting together an offshore program as the boat owner and person in charge. We had just completed removing all unnecessary gear aboard and took a break to wait out a summer storm that was quickly approaching. We walked up the street to my home where the plan was to grab the rest of our personal gear and a bite to eat before bringing down the rest of the supplies once the rain subsided.

The storm started bearing down on the area a few minutes after making it back to our condo.  The rain came down in torrents for several quick minutes, but there was not a lot of wind.  Then, at what felt like the peak of the storm, a deafening thunderclap shook the structure of the house. Less than a minute later, I received a call from a friend who stayed at the yacht club to watch the storm blow through from the safety of the club’s porch. He asked if I had heard the thunder and was sorry to make me aware that the origin of the noise was a bolt of lightning that struck the mast of the boat we had just left on the dock minutes before. I almost didn’t believe him and thought this was just some friendly banter between boat owners.

Regardless, I ran down the few blocks to the yacht club dock to inspect the vessel, hoping this was just a joke. She was sitting just as I had left her 15 minutes earlier on the dock.  A quick visual inspection found nothing obviously wrong and there was no immediate evidence of a fire so I opened up the cabin and checked down below. I instinctively reached for the interior cabin lights switch as I climbed down the companionway steps and they (miraculously) were still functioning. There was a hint of smoke in the cabin, but things seemed OK.

I wasn’t really sure where to begin looking or for what damage, but I had heard stories about thru hulls and seacocks being blown right out of the hull, so I opened up the floorboards and saw that the deep bilge was relatively dry and did not appear to be flooding. The thru-hull map had recently been posted at the navigation desk, and I grabbed that and used it as an impromptu checklist, working through to check each opening for damage and found all hull penetrations to be intact. 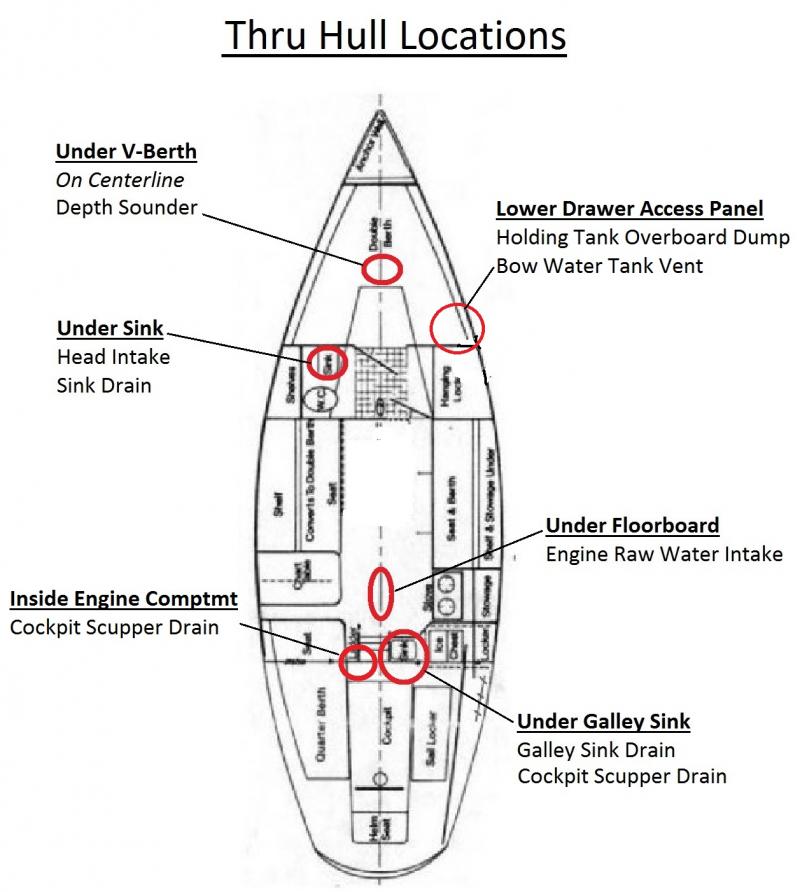 A quick change of the fuse on the panel for the bilge pump circuit got the main bilge pump working, and I figured it would help fight off any later-forming leaks that might develop overnight. Knowing now that the hull was sound, my focus turned to salvaging the ocean race I had been planning for over 18 months and spent essentially the entire winter and spring getting the boat up to the standard I knew was necessary for such an endeavor.

I had to know if there was still a possibility of making it to the starting line the next morning. There was no obvious or visible damage besides a lot of blown fuses. An AIS transceiver was a core requirement for entering the race and I had recently installed a system, so it was particularly fresh in my mind (and wallet). The electronics bus was cooked along with everything connected to it. A quick change of fuses made no difference since it appeared the lightning had struck the masthead VHF antenna and destroyed everything connected all the way back to the main panel, including the new VHF unit and antenna splitter my wife had given to me as a birthday gift that winter. With no VHF, AIS, or GPS the race was not going to be feasible, in addition to my realization that taking a boat offshore without a thorough inspection and a clean bill of health would not be prudent. We notified the race committee via email, including the ‘famous’ video clip with our official notification that we were retiring from the 2019 MHOR.

I contacted the insurance company to let them know what happened and arranged to haul for a survey. The total amount of damage to the electronics and rigging, not to mention the unknown impact to the hull structure, equaled more than the value of our poor, old boat, and she was deemed a constructive total loss. We are sad to see her go as she served us well for four good seasons of cruising and racing, but we are excited as we search for our next boat.

I later reflected on what the course of action would be had this happened 100 miles offshore in the middle of the race. Knowing we had a hand-held VHF, emergency antenna, and a handheld GPS unit in our emergency kit, among other things, was comforting, but would only have been enough for us to safely make it to the closest port to have a better look at the rest of the damage.

A few lessons learned for future offshore preparations I have taken away are these: