Ready to Wear Your Lifejacket This Year? | Cruising Club of America Skip to main content

Ready to Wear Your Lifejacket This Year? 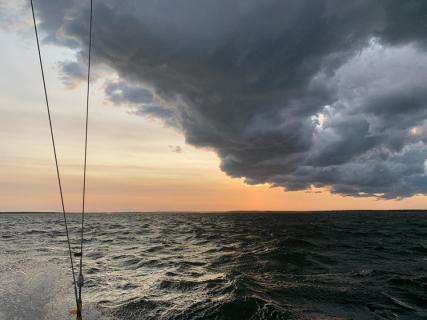 Ready to Wear Your Lifejacket This Year?

The CCA Safety & Seamanship Committee says the time for lifejackets is now and makes the case for their use as a key element of its Culture of Safety Recommendations.

Some of the most knowledgeable safety-at-sea experts in the U.S. sit on the Cruising Club of America Safety & Seamanship Committee, and many of them participate in other sailing-safety think tanks at US Sailing, the Storm Trysail Club, the New York Yacht Club, and more. This group, which I’m privileged to chair, issued a deceptively simple statement last summer called Lifejacket Recommendations. We had a lengthy debate about it, yet in the end, our statement boiled down to one essential safety principle: “Wear a Lifejacket.”

But you don’t have to take our committee’s word for it.

Consider Mark Wheeler’s experience, separated from the Farr 400 Meridian X for more than an hour in the middle of Lake Michigan on a moonless night. The wind was building and it was rough when all hands were called on deck to get the spinnaker down. Wheeler came on deck with his inflatable life jacket and harness on, but not buckled. He moved aft, behind the wheels, and as he reached for a hand-hold was thrown overboard by a sudden change of direction.

Meridian had a spinnaker and a staysail up and didn’t get these sails down and under control for a mile and a half. The wind increased up to 40 knots with the approach of a front, and the crew had their hands full before they could head back to find Wheeler. In the meantime, Wheeler concentrated on remaining calm and trying to breathe without ingesting too much water.

Survival is not always about having everything go perfectly. In Wheeler’s case, even though he hadn’t buckled it on properly, the lifejacket gave him a fighting chance. He inflated it manually and turned on its brand new light, which worked for a while and then failed. He had an AIS transmitter, too, but Meridian wasn’t set up to receive the signal. Yet despite these strikes against him, he had an orange whistle and thanks to the inflated lifejacket, he had the breath to blow it repeatedly.

“I started whaling on the whistle,” Wheeler wrote later in Spinsheet magazine. “Occasionally water would get into it and the whistle would not work, but when I had clear blasts it was very loud and fortunately carried a long way. Meridian heard the whistle. Later they told me they would motor and then stop to get the boat quiet, listen, and go towards the sound again. We think this process took about 15 minutes, but it worked and I was found!”

That’s one incident among thousands, and there’s no guarantee that a lifejacket will save your life any more than there is if you wear a helmet and have a crash on a motorcycle.

But we strongly believe that through a whole series of decisions that you make—as a skipper or as a crewmember—you can build (or not build) a culture of safety aboard the boats you sail. (See our previous recommendation, “Creating a Culture of Safety: The Skipper’s Responsibility.”) Rarely is it one simple choice in the case of lifejackets, because there are a multitude of types of lifejackets and personal equipment from which to choose.

In addition, the environment you’re in should bear heavily on the decision to wear a lifejacket, although almost all environments should point in the direction of wearing one. 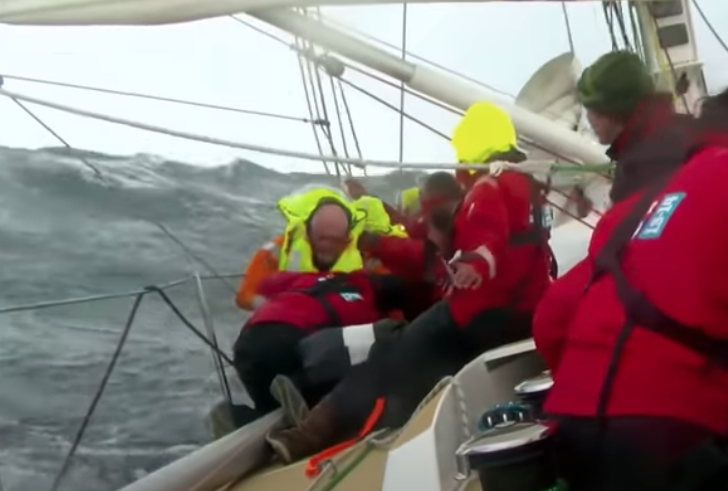 Andrew Taylor thought his harness was attached to the 70-foot Derry-Londonderry-Doire when he was washed off the foredeck while helping to change a sail. It was daytime, April 2014, and Taylor’s boat was sailing in the Clipper Yacht Race in the middle of the Pacific en route from China to San Francisco. While he was in the water, a squall came through, delaying his would-be rescuers for more than an hour and a half. Fortunately, Taylor was wearing a lifejacket and a dry suit, and after a while was able to activate his personal locator beacon.  About the same time his yacht picked up his signal, a crewman who had gone aloft spotted him 400 yards away, leading to his rescue.

Reading about his recovery, the operation sounds straightforward, but in this case, video of the event shows just how rough and difficult it was, even with a well-trained crew. And it’s hard to imagine how things would have gone well for Taylor if he hadn’t had such good buoyancy working for him.

Dinghy-style lifejackets, most of which have less flotation, are preferred near shore by many sailors, and they have saved many lives in warm-water sailing in daylight. But many safety experts recommend that you give serious consideration to inflatable lifejackets due to their greater buoyancy. Offshore, they are particularly effective in heavy seas.

Inflatables are not foolproof, however, as was tragically demonstrated in July 2018, when Jon Santarelli went overboard shortly after the start of the Chicago Yacht Club Race to Mackinac. In 20 to 25 knots of wind and seas six to eight feet high, his inflatable lifejacket did not auto-inflate and his rescue was unsuccessful. One of the key lessons from the US Sailing report analyzing that incident was the critical importance of sailor training in the use and maintenance of their inflatable lifejackets. (Read “Accident Report from Chicago-Mac Race.”)

In the category of “it can happen to the experts, too,” here is one further incident, which occurred two seasons ago to a professional sailor and circumnavigator aboard the boat of one of our CCA Safety & Seamanship Committee members, Michael Moradzadeh. Had Dee Caffari not been wearing her inflatable lifejacket and holding the spinnaker sheet, the result could have been much worse than what she termed “embarrassing.”

It was during a 2019 race off the coast of California aboard Moradzadeh’s Santa Cruz 50 when Caffari was pitched across the cockpit and over the lifelines during a spinnaker broach. Her lifejacket inflated as she hung onto the sheet, towed behind the boat; that buoyancy helped her to stay high enough in the water to continue breathing. The crew stopped the boat quickly, dousing the spinnaker, and they were able to retrieve Caffari over the lifelines at the back of the cockpit. (Read “Man Overboard!”)

To read more on Safety, visit the Safety section of the Cruising Club of America website