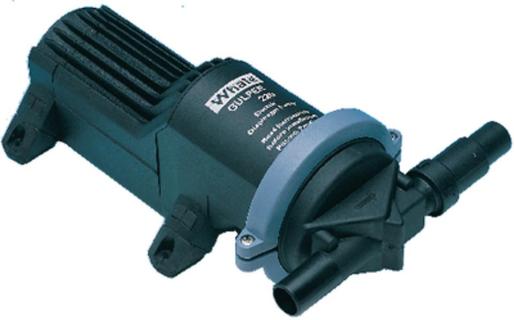 / 29 November 2022 /
Every system has potential points of failure

Prior to starting the 2009 Block Island Race on Friday afternoon, we sponged Quest’s (my Cambria 40 centerboard cutter) bilges dry and started racing at 1420. Around 1800 while reaching with A-sail on the starboard tack, we noticed a little water collecting below the galley stove and sponged it up. About 30 minutes later we were startled to see about 6 inches of water all along the low side from the galley forward along the settee berth and the floorboards were beginning to float. We removed them, turned on two electric pumps, and began bailing with two buckets, which allowed two of us to just keep even with the water, while two others shut all thru hulls and the two remaining crew continued racing. Unable to stem the flow, we told the racing crew to bear off and level the boat while we kept bailing. Seeing water coming into the boat via the bilge pump, we finally discovered the problem. The discharge hose from the Rule bilge pump had created a siphon, and when the boat heeled over, it was flooding the boat. We disconnected the hose, inserted a bung, and then applied tape to make sure the bung stayed in place. We then resumed racing but now had no automatic bilge pump, since the Rule was now out of commission and the Whale Gulper 220 electric diaphragm pump would only work on manual, indicating a faulty float switch.

Given the amount of water taken aboard, the lee bunk (mine) was soaked as well as the Jabsco Sensor Mat pressure fresh water pump, pressure regulator, and on/off switch. So we now had no pressure fresh water and assumed that the electrical connections had gotten wet, so opened everything up in hopes it would dry out and continue working. The next day the pump worked but would not shut off, so we killed it on the panel. We also noticed the pressure was much stronger than normal, suggesting problems with the pressure regulator.

Based on all of this, we pieced together what must have happened:

The Cruising Club of America is a collection of passionate, seriously accomplished, ocean sailors making adventurous use of the seas. All members have extensive offshore boat handling, seamanship, and command experience honed over many years. “School of Hard Rocks” stories, published by the CCA Safety and Seamanship Committee, are intended to advance seamanship and help skippers promote a Culture of Safety aboard their vessels