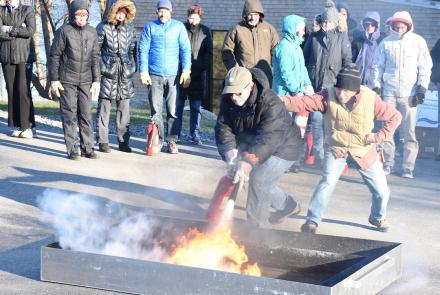 The Skipper is Responsible for Creating a Culture of Safety

NEW YORK, May 14, 2020—The Cruising Club of America has published guidance entitled “Creating a Culture of Safety: The Skipper’s Responsibility” that spotlights the skipper’s overriding responsibility for the safety of boat and crew. The advisory, which takes the form of a series of recommendations, emphasizes creating a culture of safety aboard the boat as the only logical means of successfully fulfilling the skipper’s responsibility.

According to John Robinson, chair of the CCA’s Safety & Seamanship Committee, “We wrote the paper because of our concern about the number of sailing safety incidents over the last few years that resulted in loss of life and near losses—all of which appeared preventable with appropriate preparation, training and decision-making at sea.”

“As many sailors look to the CCA for advice regarding safety at sea,” Robinson adds, “we felt that the highest level of advice should start with the skipper, before setting sail, and should draw  attention to the broad scope of issues that their leadership role requires.”

Posted on the CCA’s website, the recommendations can serve as a skipper’s checklist covering four areas—leadership, boat and equipment preparation, crew training, and best practices at sea—which together help to build a strong culture of safety.

Mark Lenci, a former captain of a nuclear attack submarine who leads the joint CCA/New York Yacht Club safety at sea training says, "Change a couple of technical details and 'The Culture of Safety' issued by the CCA would be just as relevant for a nuclear submarine as for a sailboat. In fact, Magellan would have endorsed it. The 'culture of safety' at sea is timeless. This will serve as the opening message to attendees at our future hands-on safety at sea courses."

Rich du Moulin, chairman and moderator of Storm Trysail Club's safety at sea programs, says, "Storm Trysail Club echoes the CCA's emphasis on the skipper's leadership and will be organizing an event later this year specifically addressing the need for leadership at sea."

David Tunick, chair of the Seamanship Committee of New York Yacht Club, says, "Collaboration with the CCA and other groups at the highest level of leadership in safety at sea, including support for US Sailing, is a cornerstone of our growing safety program. Safety leadership will be a core principle at our advanced Level 200 safety at sea seminars, in part modeled after the course pioneered by the Storm Trysail Club."

Introducing sailors to firefighting practices is part of hands-on safety-at-sea courses available through the CCA/New York Yacht Club and others including the the Storm Trysail Club, U.S. Naval Academy, and other boating organizations.

Note to Editors: Contact John Burnham to arrange interviews with any of the safety leaders mentioned above.