Teaching Young Sailors to be Salty 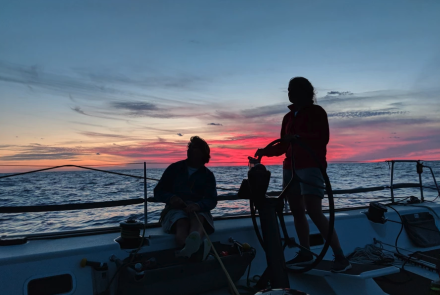 Beginning in 2013, Cruising Club of America member Peter Becker started Young America as a platform and a pathway for sailors to learn to go to sea and become well-rounded sailors—learning to become what Becker calls “salty.”

The organization that Becker and his friend Rob Alexander created has been an LLC and, more recently, became a 501c(3) non-profit. It has also shifted from serving as a high-school training platform building toward Bermuda Race participation, to now promoting mixed-doubles sailing offshore. Whatever its shape, Becker says, the constant mission has been: “How do we learn to go offshore?” 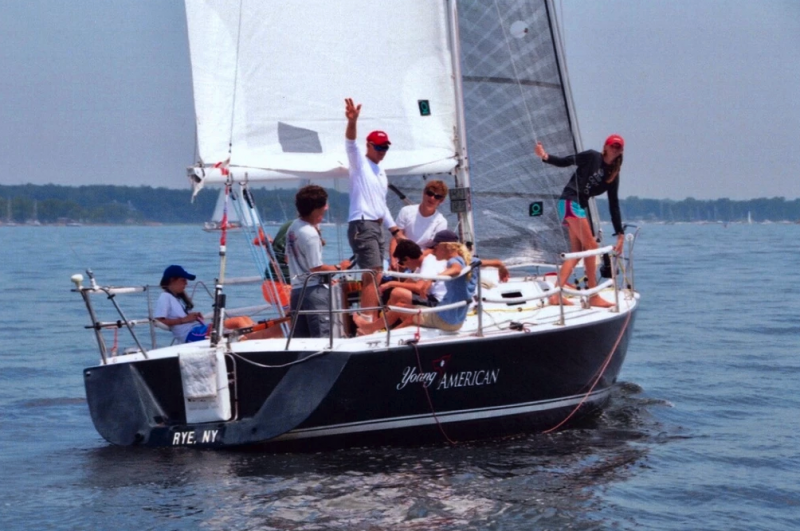 At first, Young American was a big-boat program out of American Yacht Club in Rye, N.Y., with five high-school sailors aboard a syndicate-purchased J/105, learning to sail day races and Long Island Sound overnighters. Among the crewmembers were Becker’s and Alexander’s sons, who were best friends. The whole group was “tighter than thieves, totally into it,” Becker says. “I became the coach, and we adopted the mission.” 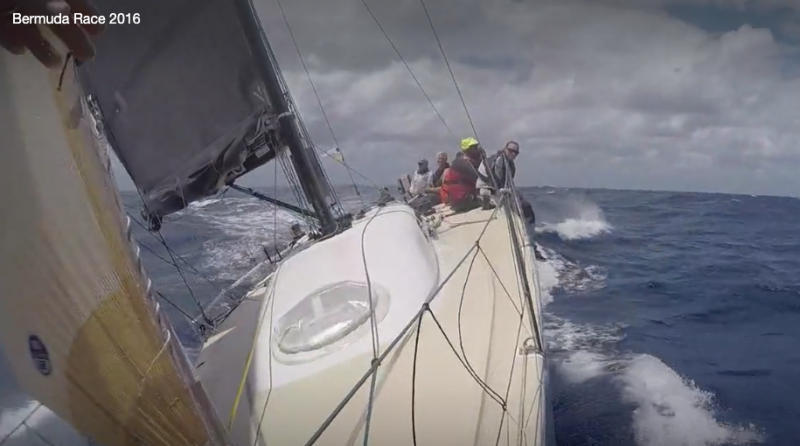 Aboard High Noon, the Young American team surprised everyone by finishing second only to the 100-foot Comanche in the 2016 Newport Bermuda Race. Click image to watch video.

Three years and many sea miles later, the team was race-ready for the Bermuda Race. The crew of seven teenagers and three adult coaches sailed a 41-footer named High Noon, chartered from the U.S. Merchant Marine Academy, and the team made history, sailing the daylights out of the boat in light airs and crossing the line with only one boat finishing ahead of them—the 100-foot Comanche. On corrected time, High Noon earned third place in the St. David’s Lighthouse Division and won the Stephens Brothers Youth Division prize.

The end product of three years of diligent sea time and training, Becker says that each of those kids became “really salty.” Some went on to do Transpac deliveries back from Hawaii, another sailed the Sydney Hobart Race.

Becker and Alexander decided the next step for YASA was to expand its scope beyond its original home base of American Yacht Club. It became a non-profit, allowing for tax-deductible donations to support the program and also making it clear YASA was ready to serve a population beyond one private club.

The 2018 Bermuda Race plan took shape with the experienced kids training up to crew on a bigger charter boat, a 63-footer named Gambler. A second cohort of high-school kids would sail a smaller boat. Unfortunately, the smaller boat suffered damage in an early-season race that knocked it out of the Bermuda Race well before it started. Still, a Gambler crew of 15 college and high-school sailors spent two weeks in Newport working on and sailing their boat with several adult coaches and then made a successful run to the “Onion Patch.” While the scoreboard results were a far cry from 2016’s podium finish, the learning curve was at least as steep and rewarding, and an even saltier cadre of sailors emerged.

Since 2018, a second J/105 was donated to the organization, and the YASA program has evolved yet again, toward mixed offshore doublehanded racing. Becker is candid about the shift: “Starting two years ago at American Yacht Club, we started losing interest from high-school age kids.” The roster of sailors shrank, and they sent one of the 105s to Stamford Yacht Club to help create a program there, but both efforts failed to gain traction. 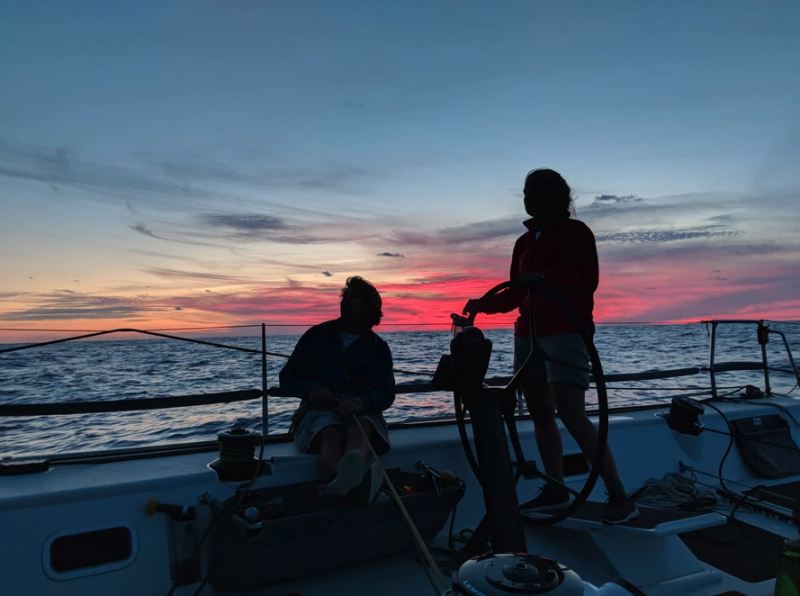 A training photo taken aboard the 63-foot Gambler before the 2018 Newport Bermuda Race.

This led to YASA’s next pivot—a shift to training younger sailors for the doublehanded Olympic track for 2024. Becker calls the planned three-to-four-day race the “sailing marathon” of the Olympics and says that J/105s are appropriate for this type of training. YASA had begun to modify both J/105s to enter them in the 2020 Bermuda Race, but when that was cancelled, those plans unraveled.

Despite the limitations of the COVID period, Becker sailed two events, coaching different female co-skippers in the summer of 2020, including racing at the mixed-doublehanded championship in Venice. Now, as part of an ongoing exploration of where the program can move next, he plans to have a female-only co-skipper seminar with a J/105, targeting sailors in their 20s. The introductory seminar will focus on mechanical maneuvers, getting spinnakers up and down.

The path ahead is not clear, in part due to COVID, but next summer, Becker plans to develop a regular training program using the two J/105s. He says the boats could sail in the Bermuda One-Two or Annapolis to Newport and Marblehead to Halifax races. His goal is to put the boats in constant training and see how many sailors can be rotated through.

Becker feels strongly that mixed doublehanded competition is the best platform to promote equality between male and female sailors, because both sailors must be strong in all aspects of sailing. In essence, doublehanded offshore experience may be the very best way to develop salty sailors.

Peter Becker is on the membership committee of the New York Station of the CCA and is part of the club’s Next Watch Initiative to promote offshore sailing and engage younger sailors with the CCA. He is also a member of the Newport Bermuda Race’s Gulf Stream Society, with 16 races in his wake and counting.