The 2021 Young Voyager award goes to a sailor whose childhood was marred by drugs and learning disabilities. Matt Rutherford spent time in a cult, rehab, juvenile detention, and eventually prison. After graduating from an alternative school for troubled kids at age 20, he overcame all those obstacles to become a daring adventurer who ultimately sailed nonstop, singlehanded, around North and South America. Today, Matt is a cinematographer and environmentalist with plans to survey the Arctic.

When he was about 10 years old, Matt did a bit of day sailing on a friend’s boat in Galveston but didn’t learn to sail until he bought a 25-foot Coronado in 2004 and cruised it from the Chesapeake to the Florida Keys. He took his next boat, a Pearson 323, across the Atlantic twice, in 2008 and 2010, sailing singlehanded to Gambia, the North Sea, and the Bay of Biscay.

Every boat Matt has ever owned has been a DIY project, acquired with little or no cash because he didn’t have any. While volunteering for CRAB—Chesapeake Region Accessible Boating—Matt, together with CRAB’s founder, Don Backe, began hatching the idea of sailing around the America to raise money for and awareness of CRAB. Never one to balk at impossible dreams, Matt set out to do just that in 2011 aboard St. Brendan, a 40-year-old, 27-foot Albin Vega donated to CRAB for the purpose. Not surprisingly, many seasoned sailors doubted Matt’s ability to achieve his goal. 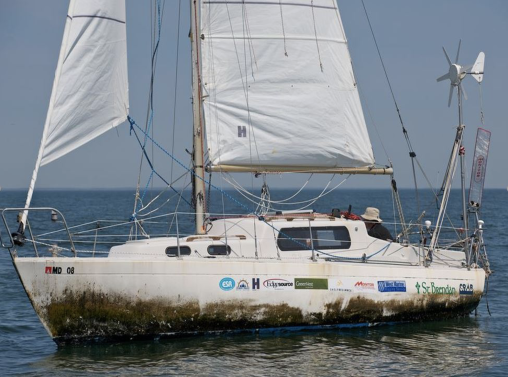 Defying all odds and overcoming many hair-raising moments along the way, Matt succeeded, sailing through the Northwest Passage and around Cape Horn on St. Brendan. According to the Scott Polar Institute, his decades-old boat became the smallest vessel ever to complete the Northwest Passage transit. He returned to Annapolis in 2012 at age 31 after 309 days and 27,077 miles at sea at an average speed of 3.5 knots. The entire voyage is beautifully documented in a thrilling, engrossing, inspiring 2014 film titled Red Dot on the Ocean.

Not one to rest on his laurels after his circumnavigation of the Americas, Matt sailed Ault, a 42-foot steel cat-ketch he bought as a rusty near-wreck needing 12 new steel plates before she could be trusted to float. Matt and a friend took Ault across the Atlantic, studying a garbage gyre near the Azores along the way, then crossed the Pacific to Japan in a borrowed 29-foot boat to examine the same thing.

Most recently, Matt has been refitting the RV Marie Sharp, a 72-foot steel schooner, a Bruce Roberts Voyager 650 design, for Arctic research. The Ocean Research Project will survey the Arctic seabed and conduct climate change research in uncharted polar regions under sail. Matt describes this next mission:

“We won’t go all the way up there just to know the depth of the seabed. Wherever we go, our observations on the physical-biological baseline will help to characterize the status of the marine ecosystem. We will define a baseline, a snapshot of time of what the conditions are, and we will share this information broadly.

“It’s time we map the accessible complex polar and sub-polar regions to further our understanding of climate change. Ocean Research Project will go in support of UN Sustainable Development Goals towards Seabed 2030.” 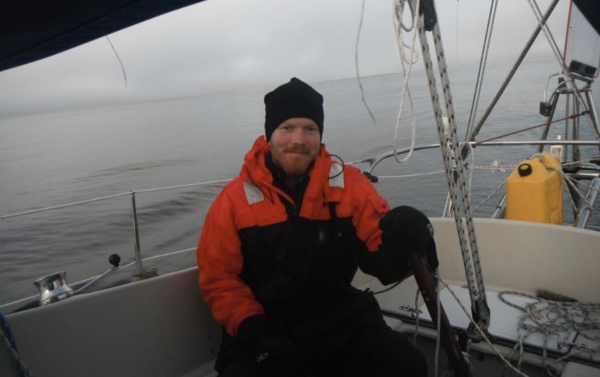 Charming, approachable, fearless, driven and accomplished, Matt Rutherford exemplifies the “can-do” adventurous spirit the Young Voyager award seeks to recognize. The CCA is proud and honored to name him the 2021 Young Voyager.