Aboard Golden Eye, prior to approaching the marina in Hafen von Wyk on the German Frisian island of Föhr, just off the west coast of the Danish Jutland peninsula, I had studied tide tables, charts and cruising guides describing the narrow, shallow, dredged channel and adjacent shoals. The channel is unmarked except for a single buoy south of the entrance (to port upon entering). The cruising guide warns of strong crosscurrents, many ferries, and an expectation of strict adherence to Navigational Rules. I know the Rules and follow them closely but appreciated the reminder. 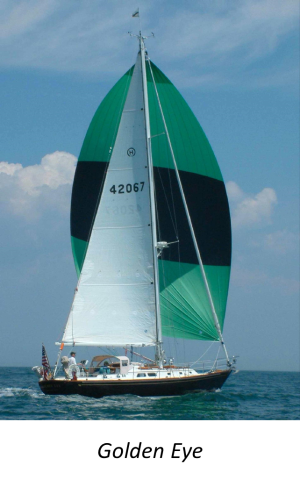 As we passed the lone buoy well to port and entered the channel, I could see a large ferry at the terminal. I was not at the helm and could not see our position on the chartplotter relative to the edge of the channel but was comfortable that we were well to the proper right (north) side.

As we proceeded in the channel, the ferry got underway towards us. Initially, with little way on, she headed 60º into the significant cross current and crabbed into the channel, appearing to approach us sideways and using quite a bit of the narrow channel. Not being able to quickly glance at the chartplotter, I was concerned that we were being set by the current toward the shoal. With no lateral marks to guide us, I was unsure whether we were too close to the center of the channel and obstructing the ferry, or about to run aground on the shoal outside the channel. I felt that an immediate decision was required and directed the helmsman to turn 180 degrees to port and to head back into the deep water so that the ferry could use the whole channel. 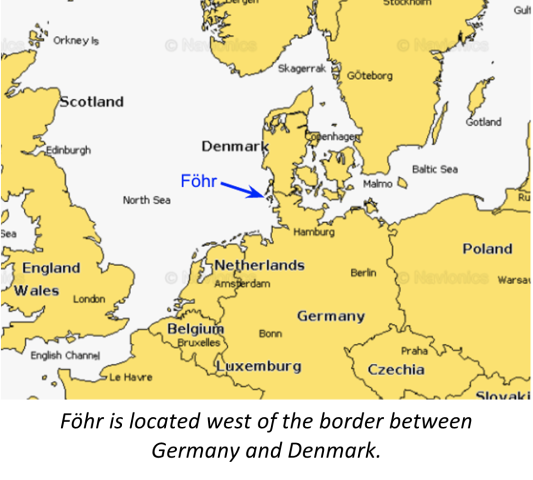 Once the ferry gathered way, she was able to head more directly out of the channel. I had no idea what course the ferry wished to follow once outside the channel and again decided to stay out of her way by moving as fast as possible to the south side of the single buoy, completely out of the channel. By this time, the ferry had gained considerable speed, and we were unable to get beyond the buoy before the ferry altered course to port and we passed starboard-to-starboard.

The ferry captain and I made eye contact as we passed, and it was clear that he was not happy. Thinking about it from his perspective: he likely saw us entering the channel on the proper side before he got underway and expected a routine port-to-port passing; he was somewhat perplexed when we reversed course; and was alarmed when we crossed his bow and passed starboard-to-starboard. My mistake had been to take control without full understanding of both our position and my helmsman’s sense of comfort and confidence. I did not communicate my concerns to the helmsman, nor did I ask the helmsman’s opinion.

My well-intentioned decisions had been wrong. I only became aware of my helmsman’s perspective when we later sat down for a proper debriefing and discussion well after the fact. 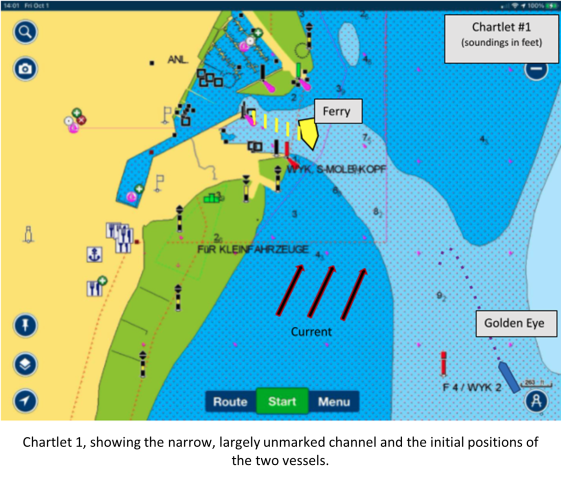 After an uncomfortable or near-miss situation, having a debriefing is good policy, allowing an exchange of viewpoints from all sides. A debriefing becomes a powerful learning tool.