Jim and his wife, Sue, have cruised extensively over the years with two transatlantic crossings, a circumnavigation, participation in the Caribbean 1500, as well as numerous cruises up and down the East Coast.

Since becoming a member in 1987, Jim has also participated in CCA cruises in the Adriatic, Bahamas, the Caribbean, Croatia, Newfoundland, New Zealand, Nova Scotia, the Pacific Northwest and Yugoslavia, to name a few.

An influential member of the Club from the beginning, Jim’s responsibilities have included CCA Treasurer, chair of the Finance Committee, on the Nominating and Bermuda Race committee member, and co-chair of two national cruises. On the station level, he has been Rear Commodore, Secretary, Treasurer, and on the membership, cruise, steering committees.

Jim has been a leader who picks up the baton and carries the load wherever needed. The club will never know the true extent of Jim’s influence toward the success of the CCA because his contributions have been so far reaching. His quiet manner and sage advice has been sought by all, from leaders of local activities to the Club’s Commodores. We are very proud to be able to recognize his contributions with this award. 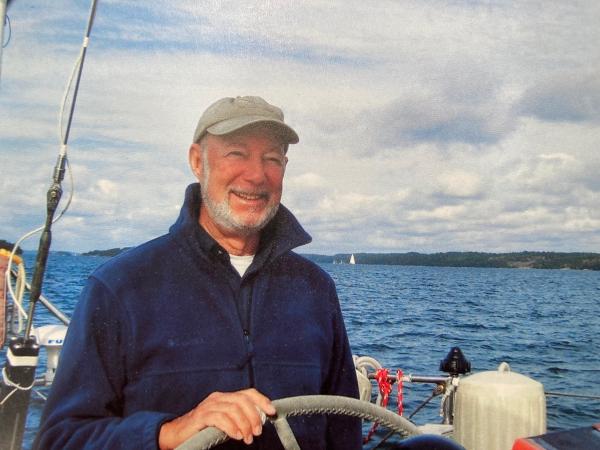 The Richard S. Nye trophy is a CCA member lifetime achievement award for meritorious service and seamanship in long-distance cruising.

The trophy is a perpetual trophy in honor of Richard S. Nye, Commodore of the Cruising Club of America 1974-1975, Vice Commodore 1972-1973, and Treasurer 1959-1970. The trophy is to be awarded at the discretion of the Governing Board of the Cruising Club of America to a member who has brought distinction to the Club by meritorious service, outstanding seamanship, outstanding performance in long distance cruising or racing, statesmanship in the affairs of international yachting, or any combination of the above. The award may be as often as annually but need not be made each year.

This trophy is donated by the many crew members who have enjoyed the privilege of sailing aboard Richard S. Nye’s various yachts named Carina. A record of their names shall be maintained with the deed of gift in the archives of the Cruising Club of America.

If in any year, the Governing Board determines it to be in the best interest of the Club, and consistent with the philosophy of yachting as exemplified by Richard S. Nye’s outstanding record in this field, it may by unanimous vote at a duly called meeting of the Board, amend, alter, or rescind any of the terms of this dedication without notice or consent of the donors of the trophy.