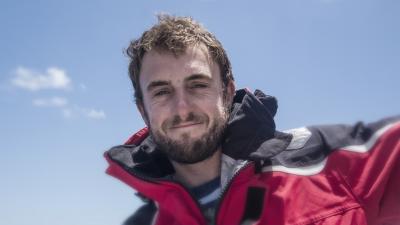 The Cruising Club of America awards the Rod Stephens Seamanship trophy to Gregor McGuckin of Ireland, for his attempted rescue of a fellow competitor, Abhilash Tomy, in the 2018-2019 Golden Globe Race. Ninety miles apart, McGuckin and Tomy were both dismasted in the same hurricane force storm in the Southern Ocean, and Tomy was seriously injured. McGuckin jury-rigged his boat and sailed to within 25 miles of Tomy to help. Although a French fisheries vessel, FPV Osiris, was able to reach Tomy first, McGuckin’s seamanship and courage were of the highest order. His shore team spokesman, Neil O'Hagan, described the effort:

“In an incredible show of seamanship, the 32-year-old Irishman managed to build a jury rig and hand steer his yacht Hanley Energy Endurance for the past four days to within 30 miles of his fellow competitor in order to be on site to assist with the rescue if required.

McGuckin did not declare an emergency for his own situation, despite being rolled over and losing his mast. However, given the extremely remote location and the condition of his yacht, it was deemed the appropriate course of action to abandon his yacht under a controlled evacuation scenario as the opportunity arose. This considered move helped ensure that if his own situation deteriorated during any attempt to reach land in the coming weeks, a second rescue mission would not be required.” 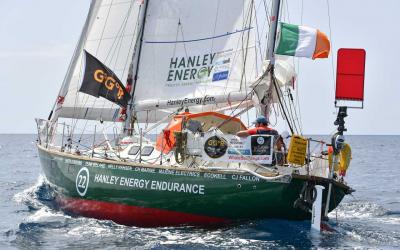 The Rod Stephens Seamanship Trophy was presented to the Cruising Club of America by 21 of Rod’s shipmates and other friends. It is a perpetual trophy to be awarded by the Club for an act of seamanship which significantly contributes to the safety of a yacht, or one or more individuals at sea.