On Board, Communication is Key! | Cruising Club of America Skip to main content

On Board, Communication is Key! 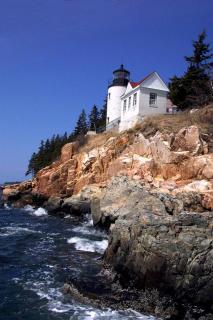 On Board, Communication is Key!

Underway, effective crew communication is a key aspect of vessel safety. Lapses in communication can have undesirable and potentially dangerous consequences, as the following story will demonstrate. My wife and I were sailing the coast of Downeast Maine last summer, passing Petit Manan Island west to east. We were both in the cockpit when I commented that I was going down into the pilot house to check a course for the next leg.

Five or six minutes later, the large red bell marking Southeast Rock passed frighteningly close to the pilot house window. An encounter of the way-too-close kind. Dangerous, and lucky at the same time. How did this happen? We had crossed oceans together, sailing thousands of offshore miles as a team. Very simply, proper vessel protocol was not followed. Having the “conn” is a naval term designating the person responsible for safe navigation of the vessel, in charge of directing movement of the ship. My rule is that on-board, there is always someone deemed as having the conn, and the person at the time was me.

When I went into the pilot house, my comment was intended to indicate that I was handing over the conn, but I didn’t use our agreed-upon method. Our protocol is not only to verbally, specifically, hand over the conn, but to relinquish the conn only after receiving a verbal, confirmatory, response. In this instance, my wife was engrossed in a book and did not process what I had said. Our lazy day, coastal motor sail, however, found me light heartedly slipping below with the brief comment. I failed!

This error is a reminder that it is effective communication, together with vessel safety protocols, that maintains the safety of your ship. See the 2021 article Skipper, Leadership and Vessel Safety on the CCA website (https://cruisingclub.org/article/skipper-leadership-and-vessel-safety-white-paper) to learn more about safety, communications and skipper leadership. And stay away from red bells!