This guide was first published in 1950 and has been continuously updated and improved. A new edition for 2022 is expected to be on bookstore and chandlery shelves and available online by early May.

The guide includes the entire south coast of Nova Scotia (from Cape Sable to the Canso and St. Peters Canals), the Bras d’Or Lakes and Cape Breton, as well as the fabled Sable Island, plus New Brunswick’s Southwest Coast and the Saint John River, the Bay of Fundy. Nova Scotia is a province of scenic beauty and warm, welcoming citizens of many origins and languages. It has long been a popular cruising ground for sailors and powerboaters from Canada, the United States, and European waters. 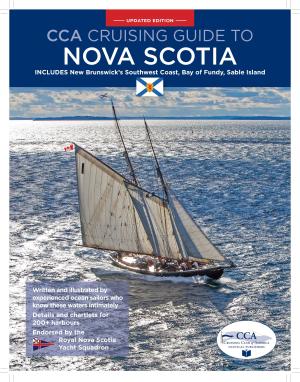 Mariners: You are our greatest resource. If you are sailing these waters, you are in the best position to share timely updates based on your observations. Please send your updates to this guide to guides@cruisingclub.org.